Home / About Us / Our Parish Team / Deacon Tim Murrill 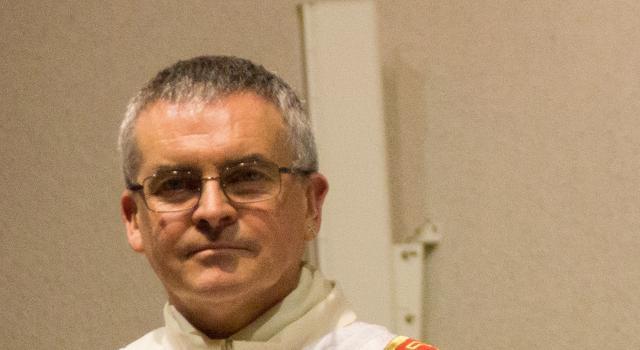 Deacon Tim moved to Redhill in 1990 with his new job as Head of Science Department at St. Bede’s School. His family became parishioners at St Joseph’s parish, as it was then, and his children attended St Joseph’s Primary and St Bede’s schools.

Around 2004 he felt called to explore his vocation as a Deacon and was ordained on 29th June 2008 at St Joseph’s church. He was Deacon here as the three parishes of St Teresa’s, Holy Family and St Joseph’s became The Nativity of the Lord in 2009.

Deacon Tim remained at St Bede’s until 2013, when he took early retirement and now can spend more time assisting the priests, although he also supports the Deanery and has a Diocesan role as well.

The tears of those who suffer are not sterile. They are a silent prayer rising up to heaven. In Mary they always find a place under her mantle. With her, God becomes our companion on the way. He carries our crosses with us so we are not crushed by our pain.