Home / About Us / Our Churches / Holy Family 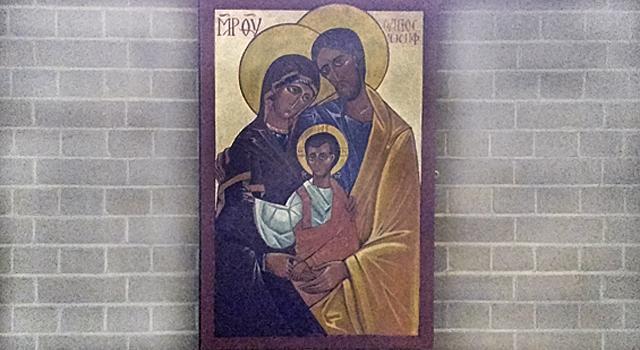 The Holy Family is the Roman Catholic Church for the Community of Reigate in the Diocese of Arundel and Brighton, and is part of the greater Parish of the Nativity of the Lord, which, in 2009, brought together 2,500 Roman Catholics from The Holy Family in Reigate, St Joseph’s in Redhill and St Teresa’s in Merstham.

Church History
Until the 1930’s most of the Catholic community of Reigate used to attend the old St Joseph’s Church in Redhill, many of them walking to Sunday Mass having fasted since the night before. Then a local benefactor, working with the Diocese of Southwark, acquired a piece of land in Yorke Road and paid for the Church of the Holy Family to be built. It was consecrated in 1938. Another benefactor paid for the church organ and some others for stained glass windows. Building work was then suspended for the duration of the war.

In 1945 Monsignor Clement Constable was appointed the first parish priest, after the priest’s house had been built adjacent to the church. A flourishing community was soon established and the church was regularly filled to capacity. A Parish Centre paid for by parishioners and fund raising events was later built in the grounds.

A Mass Centre was also established for a time in Woodhatch for those parishioners in the south of the town. This temporary church, dedicated to St Michael, lasted for nearly 50 years, and was decommissioned in 2003 when the wooden hut was beyond economic repair.

The last parish priest, Fr Daryl George, served until 2007. The parish was then administered jointly with St Joseph’s in Redhill and St Teresa’s in Merstham until being canonically joined with them to form the new parish of The Nativity of the Lord inaugurated at Pentecost 2009.

“It is Divine Mercy Sunday. It is through the mercy – the love – of God that we are called to be His people through baptism.”