Home / About Us / Our Churches / St Joseph’s, Redhill 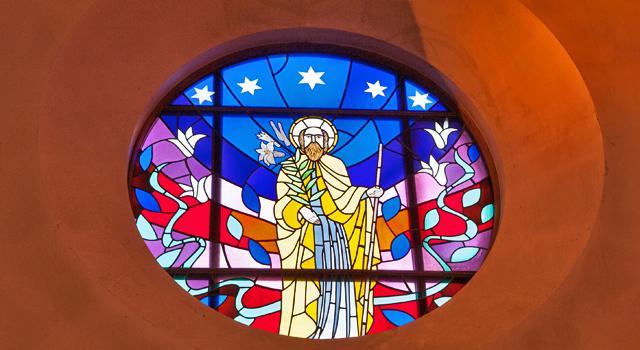 St Joseph’s is the Roman Catholic Church for the community of Redhill in the Diocese of Arundel and Brighton and is part of the greater Parish of the Nativity of the Lord, which, in 2009, brought together 2,500 Roman Catholics from The Holy Family in Reigate, St Joseph’s in Redhill and St Teresa’s in Merstham.

Church History
In the early 1850s a plot of land in Brighton Road near Reading Arch in Redhill was purchased. A Church, School and a Priest’s House were built here and construction was completed by 1860. The Church was consecrated in 1862 and the school opened for business in 1867.

In 1887 a French order of nuns came to Redhill and bought some land in Ladbroke Road and opened a convent and school buildings in that area. Nearly 40 years later the Church and connected buildings were in need of substantial and expensive maintenance. Rather than carry out these repairs the decision was made to rebuild. Rebuilding was completed in December 1899.

By 1980s it was clear a new church was required and the redevelopment of Redhill had meant the old church was now surrounded by new buildings and parking was a real problem.

With the closure of the convent and school many years earlier, it was decided to utilise this land in Ladbroke Road and build a new church. This was opened in and dedicated in 1988.

“You did not choose me; I chose you.” These words of the Lord in this Sunday’s Gospel are for each and every one of us. The Lord chooses me; he chooses you. This choice of the Lord begins at the very first moment of our existence. At the moment of conception we are loved by God, we are His creation.